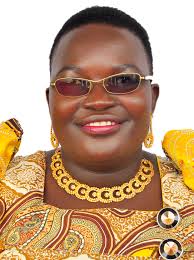 Otuke district is still stuck with up to 300 million shillings that have not yet been given out to youth groups registered for Youth Livelihood Program.

Bosco Odong Obote, the Otuke district chairperson acknowledged that many youth groups were trained on various projects under the youth livelihood program and that the 300 million shillings meant to be disbursed to the groups are still in the district account, waiting to be given out.

Akello revealed that youths in Otuke have shunned the government program which is actually meant to improve on their livelihood saying they have done all it takes to get back the youth to the program but to no avail.

But, although the 300 million shillings is more or less lying idle, Odongo Obote is convinced that Otuke is among the best performing districts in Lango sub region because no arrest has been made since the project started.

The two officials however appealed to the technical officers in Otuke to persuade the Youths into applying for the loans in order to improve on their livelihood.