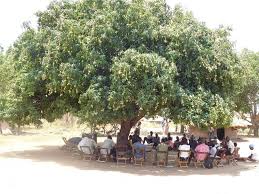 In what looks like an attempt to protect their land at the time when the current government policy on land wants customary land to be titled and registered under freehold tenure, one of the clans in Lango have issued instructions to their chiefs not to authorize the sale of any communal land.

John Christopher Okwang also known as J.J Christopher Lonyo Aida, the clan chief in-charge of Agriculture in the Office of the clan Chief of Onywal Ipyeda said the instructions followed a report that the clan has so far lost 310 acres of its customary land that were sold off to pay loans obtained by different families from Village Savings and Credit Cooperative Organizations-SACCOS.

He said most of the land were sold in Okwerodot, Alito, Ogur, Agweng, Aromo, Okwang and Aminacwida. He advised those with loans to pay to sell other items but not land which he said are meant to feed the future generations of Onywal Ipyeda.

The move by the clan chiefs have not gone down well some of the families who have benefited from the loans they acquired after either mortgaging their piece of land or sold them off to get money for investment. A recent national SMS poll by Trac Fm, the majority of Radio Wa listeners think that registration of customary land that would enable the land to attract business will instead bring conflict other than development.