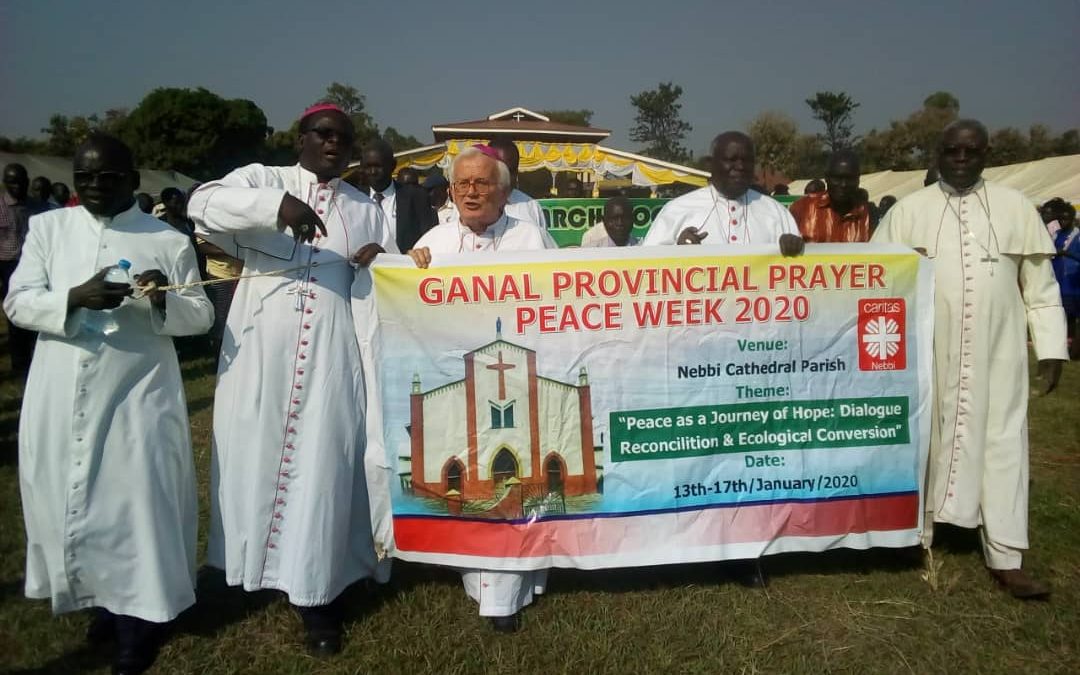 God uses people of every age, even babies in the womb to pass messages of peace to their parents says Archbishop John Baptist Odama of Gulu Archdiocese as he decried abortion as an evil act of destroying prophets of peace. The heart breaking message was in the homily the Archbishop gave to the hundreds of pilgrims gathered in Nebbi on the third day of the 15th Edition of the Provincial Prayer Peace Week on Wednesday 15th January 2020.

Odama said the unborn will always know the plans to kill and remove him or her from the womb resisting the pains which is in itself a message of peace. He, in a rather tearful tone said as the act of abortion is being executed, “the child will begin to move in the womb away from the instruments that are being used to cut him or cut her…that is also a message of peace; why do you want to kill me and yet I want to live? Its my right to live like you because it is the desire of God for me…its my peace, its my right. You are unjust to me..you are causing me trouble!” He especially called on those who have been baptised to be prophets, as people who stand to speak, to act, to proclaim and to stand for peace.