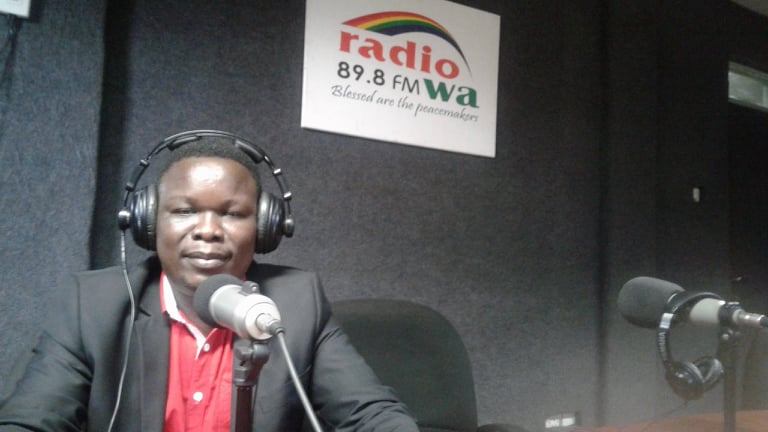 Lango Parliamentary Group meeting in Kampala on Thursday 8th November resolved to push for the prosecution of the officials who shall be found to have got involved in the misappropriation of funds meant for the preliminary work on Akii-Bua Olympic stadium in Lira.

Hon. Jonathan Odur (file picture), the MP for Erute South said the meeting under the chairmanship of Felix Okot Ogong (MP Dokolo South) that earlier was meant to iron out some of the issues threatening to rock the Parliamentary Group among others, introduced the issue of Akii Bua stadium as the first item of their agenda.

This was after the members of Parliament Committee on Commissions, Statutory Authorities and State Enterprises (COSASE) on Wednesday were left shocked after they were informed that 665million shillings were used to clear the land, construct access roads and a toilet at the site. Lira Chief Administrative Officer (CAO) Mark Tivu and engineer Hudson Omoko made the revelation while explaining how the money disbursed to construct the John Akii-Bua memorial stadium was used. The CAO also said the compensation order for the alleged occupants on the government land was a directive from the then Ministry of Education and Sports minister Jessica Alupo.

Odur in an exclusive interview live on Radio Wa “Behind The Headlines” program said the meeting acknowledged that as Lango Parliamentary Group, they did do much collectively to help save the development of Akii-Bua stadium. He said the Parliamentarians also resolved to meet with government to find out about the architectural design and the three billion shillings meant to have been released in three phases over the last financial years.