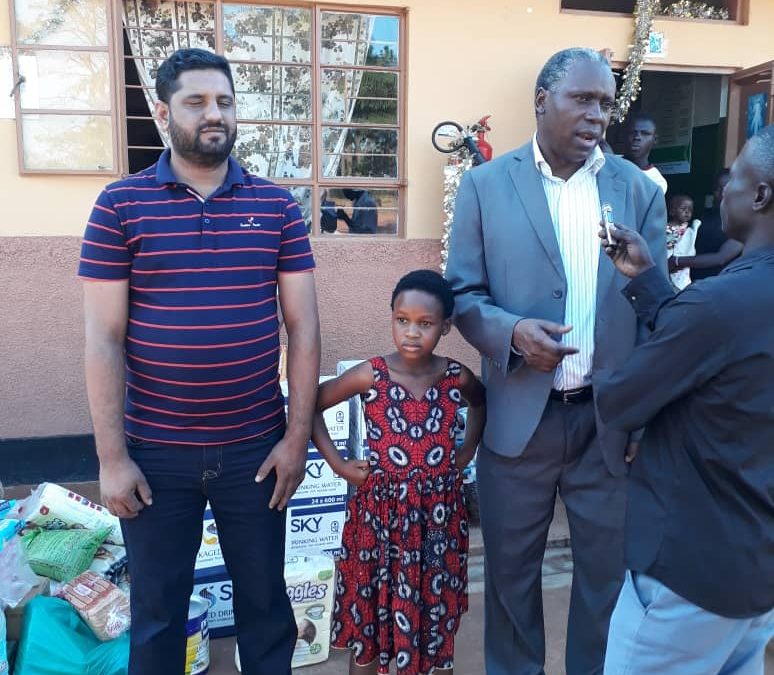 Lira Babies Home Ngetta received a boost in its operation after Uganda’s Envoy to the United Kingdom and Ireland, Ambassador Julius Peter Moto delivered assortment of Items and cash donation to the babies home on Wednesday. The High Commissioner who has for the past three years led the team from Friends of Lira Babies’ Home, a charity organisation he initiated, delivered cash and material donations that included clothes, shoes and foodstuff for the babies.The cash donation is meant to help in the completion of the Sick Bay where the babies can get medical attention.

Speaking in an exclusive interview shortly after the donation, Ambassador Moto said the community can always donate even for the caretakers of the home saying they are also part of that big family. Meanwhile, Sr Demmy Frances, the in-charge of the baby´s home commended the delegation for their support and appealed to them to remain tireless in doing the same.