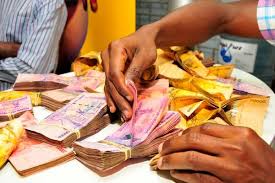 Over 270 million shillings have been disbursed to 27 youth group beneficiaries of the Youth livelihood Fund in Apac district.

Seraphine Alia, the Chief Administrative Officer Apac while confirming the development to Radio Wa on Friday 11th  August 2017, said only one group in Ibalikoma Cell, Atik Parish in Apac Sub County has not received the money because its has not yet opened an account with a bank.

Alia has meanwhile appealed to the 37 groups to ensure they put the money for the intended purposes which he said are subject to close monitoring by his office and that of the Resident District Commissioner.

He warned that any group leader who shall be found to have not followed the guidelines in implementing the fund, risk being arrested and prosecuted in court.

The Chief  Administrative Officer however hopes that this time they will not use force to recover the money from the beneficiary groups since most of them demonstrated their understanding that the money is loan not grant and besides its no longer an election period where politicians have been on record for misguiding them about the status of the Youth Livelihood Fund.