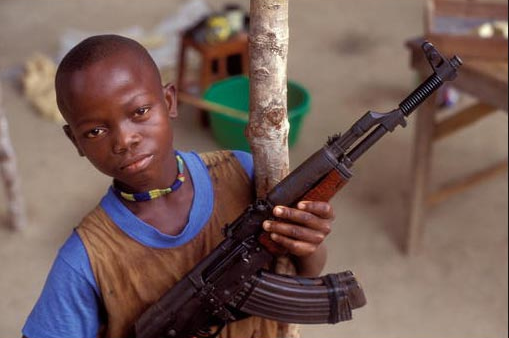 The structure of the Karibu programme was pretty simple: relatives and friends of abducted children would come every week to the radio and send messages of love and hope to their loved ones in captivity in the hope that they – who were reportedly listening from the bush – would get these messages and would acknowledge the fact that their families were still missing and loving them. Even former abductees who had escaped from captivity would come to the programme and would share their stories of how they had returned to “civilian life”. In the messages from these former child-soldiers, there was a deliberate stress on the fact that, even though they were forced to commit terrible atrocities (they were both victims and perpetrators at the same time), nobody had taken revenge on them, they had been forgiven by the local community and they had been accepted back in their villages. It was important for them to hear this, since one of the common warnings from their captors was the fact that people back in their villages would never forgive them for what they did. Some former abductees took the occasion of the radio programme to tell their colleagues in the bush about them resuming school, being supported by charitable organisations ready to sponsor their studies, etc. All these informations were supposed to show the abducted children that “there was a life” beyond the hardships of captivity. Hope had to be kept alive at all costs!

Some statistics from Human Rights organisations say that more than 80,000 people (38,000 children and 37,000 adults) have been abducted during the years in which the LRA has been active both in Northern Uganda and other regions of the neighbouring countries. Though many of these abductions were not long-lived, still a relevant number of children remained in LRA captivity, kept as child-soldiers or sexual slaves for several years.

Being very well aware of the critical circumstances the abducted children were living in and also knowing that many of them were eventually able to get hold of small radio receivers and used to clandestinely listen to radios in the region, the team of Radio Wa decided to launch specially for them a radio programme that was called “Karibu” (Welcome, in swahili language) This programme, most of the times presented by the late JJ Kakaba one of the most popular radio presenters in the region, was mainly thought to be a way to re-establishing in the heart of the abducted children the emotional links that had been so seriously severed by the brutal techniques employed by the rebels on them (such techniques included abducted children killing their own companions or neighbours and many others). 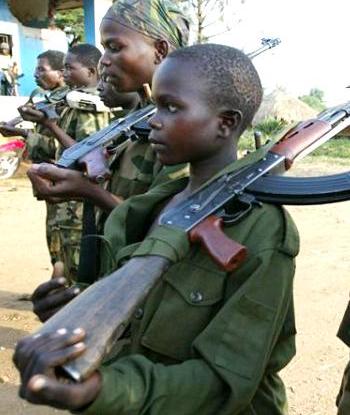 Abducted children reported that once in the bush they never thought of escaping, since there were too many dangers attached. Death would be more than sure if they were caught, reprisals on the remaining colleagues would be brutal if anyone escaped and furthermore the prospectives of them safely reaching home after wandering hundreds of kilometres in unknown terrain was far from certain. However, in some of them a mighty change took place as soon as they heard the voices of their loved ones in the radio, conveying to them that they missed them dearly and they longed for their return. Once they heard this, many of them gathered the courage and took advantage of suitable occasions to detach themselves from the main group and dare the flight. News of a trickle of abducted children became a common headline in those days.

When in 2006 Peace Talks started in Juba, one of the conditions put by the LRA negotiators to come and sit at the negotiating table was the termination or any “Karibu” programmes in Radio Wa. This also was a symptom that these radio programmes were “affecting” the normal running of rebel activities both in Lango and Acholi subregions.

But it was only in the year 2009 when the team of Radio Wa was able to ascertain and quantify the real impact of the “Karibu” programme all over the years of the insurgency. A staff or Radio Wa approached an intelligence officer from the UPDF (Uganda People’s Defence Forces, i.e. the armed forces of Uganda) in order to get information about abducted children. Since the armed forces used to scrutinize and gather intelligence from any person who had escaped LRA captivity, they had privileged first-hand data on the reasons why these persons had put their lives at risk trying to run away. According to this informant, ca. 1500 children reportedly said that they had escaped from the rebels thanks to the inputs and the encouragement received from the “Karibu” programme.

It is relatively easy for a media outlet to be popular and effective in a situation of tranquillity and safety. Radio Wa feels proud that, even in the most difficult and critical moments of the armed insurgency in Lango subregion, it was able to provide a valuable service to the civil society and, despite its very limited technical means, it could become for many a beacon of hope and resilience in the moments in which suffering people needed it most.