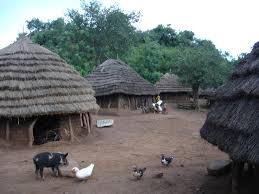 Residents of Atigolwok parish, Chegere Sub-county in Apac district have resorted to sharing their accommodation with their domestic animals as a remedy to the escalating theft of animals in the area.

According to local authorities, a total of 20 goats have been stolen in the past week alone forcing them to spend sleepless nights in order to keep watch over their animals. Moses Odongo, a resident of Abwal-A village, Atigolwok parish narrated a case of a mob from his neighborhood that recently beat up before arresting three men who were dressed in Local Defense Unit-LDU uniforms after accusing them of being thieves.

Meanwhile, the LC1 Chairperson Aneno Ber Village, Atigolwok Sub-county Mr. Joel Ogweng confirmed the report of animal theft saying, the rate especially of goats and other domestic animals has gone so high, adding that, the thieves normally operate during curfew time while pretending to be LDUs. However, the police in Chegere Police Outpost say they usually do not receive such theft cases of robbers dressed in army uniforms.