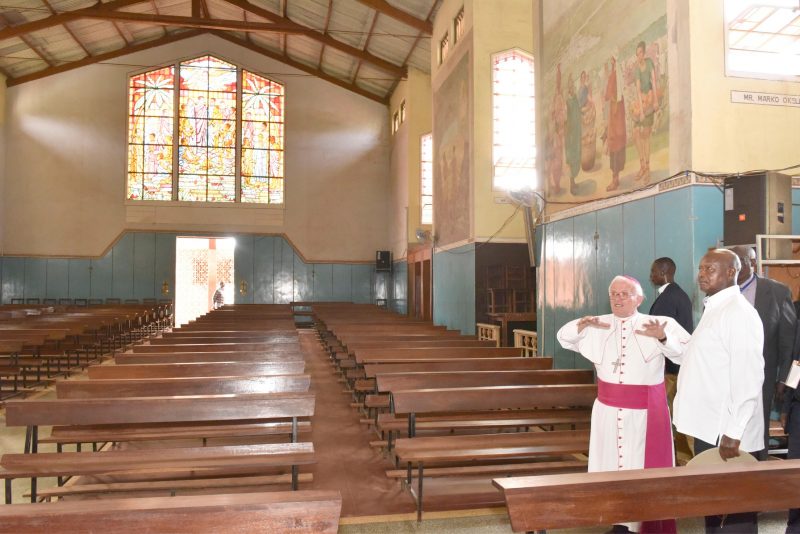 The bond between the Comboni Missionaries and Lango shall remain intact and live forever, a laity of Lira Diocese and former Minister for Lands, Housing and Urban Development has affirmed.

Daniel Omara Atubo said, the coming of the Comboni Missionaries shall remain prominently visible through areas of education, health and infrastructures that have led to the growth of the people materially and spiritually.

Atubo was speaking on behalf of the politicians at a Prayer Meeting for the Laity of Lira Diocese with Bishop Joseph Franzelli at Nazareth Family Centre at Barogole, organized by the Justice and Peace Department of Lira Diocese.

The former legislator for Otuke said, when Rt. Rev Franzelli a Comboni Missionary was sent to be the third Bishop of Lira Diocese at the time of war and poverty, there was a lot of anxiety and hope in them.

“There were expressions of hope that the white Bishop from Europe has come to redeem the people from poverty and suffering but which some people did not see come immediately to meet their expectations” Omara recounted during the Prayer Meeting under the theme “Forgiveness, Reconciliation and Blessing”.

However, he said, besides addressing the problems brought about by war and poverty, Bishop Franzelli worked tirelessly to rebuild people’s hope through physical evangelization that has led to growth of the Church in the Diocese.

The Superior General of the Missionary Sisters of Mary Mother of the Church, Sister Sophia, also acknowledged that Lira Diocese has grown faithfully and spiritually due to the work of the Bishop, his Priests, the religious Sisters and the Christian Laity.

In his remarks, Bishop Franzelli called for living and working faithfully and truthfully if Lira Diocese which is soon marking its Golden Jubilee should continue with its growth.