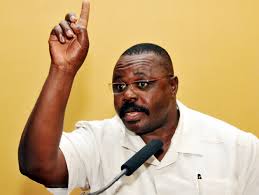 The Deputy Speaker of Parliament Rt. Hon. Jacob Oulanya has warned against those who want to take some of the challenges the people are facing in Lango as advantages for their personal gains.

Oulanya said there should be an understanding among the people in Lango to have a common ground as a step forward to resolve conflicts between the local community and the foreign nationals whom they are hosting. The legislator for Omoro County, Omoro District was on Monday 17th December addressing a section of stakeholders from Lango Sub region in a special meeting convened by Lango Parliamentary Group at Uganda Technical College Lira. The meeting was among other issues meant to address the conflict that emerged among the Lango community and the Asian business community in Lango following the death of a young boy of Kole District alleged to have been murdered by two Asian businessmen last month.

Oulanya said there are some people who are eagerly hoping to see the misunderstanding in Lango escalated so as to give way for them to benefit. He said disputes that emerge can only be handled when the people especially the local leaders are united, adding that it is high time for the stakeholders in Lango to look for amicable ways to resolve the prevailing disputes between Lango, the Indian community and the security personnel. He reiterated the need for people to put side hatred and only work to bring development and transformation in the region that bore the brunt of past insurgency.