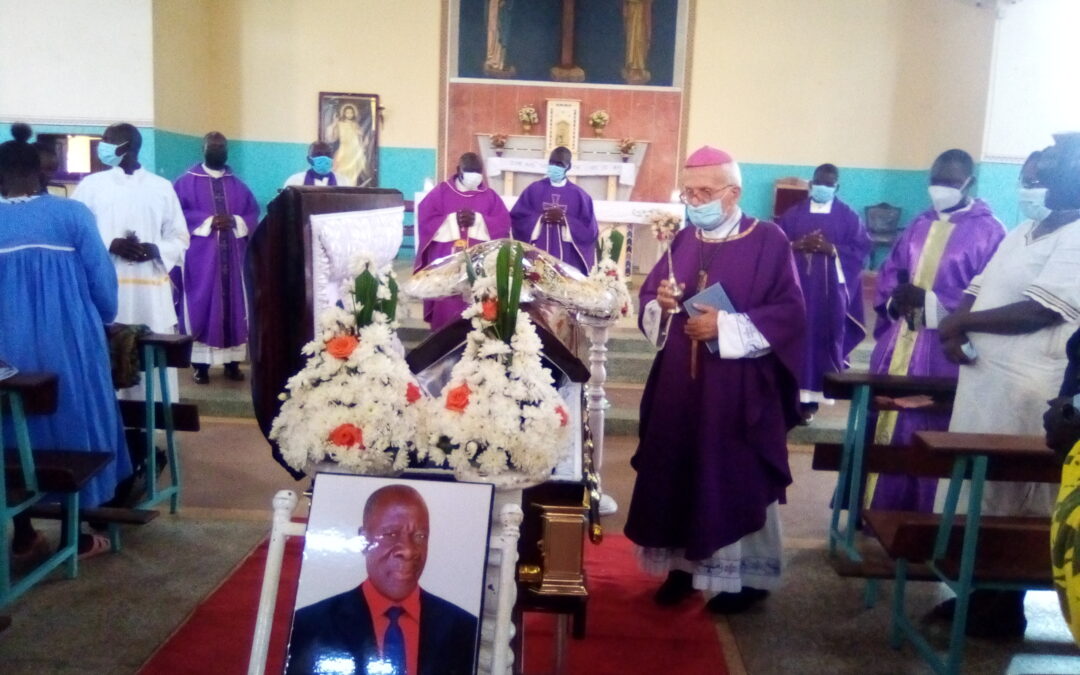 “The death of people we love should help us to live a better life and correct our mistakes.”

This was in a remark by the Bishop Emeritus of Lira Diocese Rt. Rev. Joseph Franzelli the requiem mass for the late Mzee Nicholas Opio Bunga at Uganda Martyrs Cathedral.

He said, “the death of people we love should let us grow stronger in faith to love to do good to others.” adding that the celebration of the life of Opio Bunga should be one of hope, faith and love for a better life.

In their eulogies, Andrew Arach and Betty Apili who spoke on behalf of their brothers and sisters thanked their father for taking good care of them; making them grow holistically as responsible and God fearing people.

Daniel Omara Atubo, the former Lands, Housing and urban Development Minister praised Opio Bunga as a great politician and good leader who was deeply rooted in faith while, Prof. Opio Okaka Dokotum who represented Lira University highlighted the contributions he made as the Chairperson Stirring Committee for the establishment of Lira University.

Also known as “Atedero” to mean “ a common man of the village”, Opio Bunga was a vibrant educationist and politician who served Apac District Local Government twice as its Chairperson(1987-1990 and 2007–2011) and the Chairperson of Apac District Service Commission (2015 – 2018) among others.

He succumbed to heart failure on Wednesday 26th January, 2022 at the age of 82 years at Lira Regional Referral Hospital and was buried on 4th February at his ancestral home in Akoremor village, Banya parish, Inomo Sub county, Kwania district where Rt. Rev. Santus Lino Wanok, the Bishop of Lira Diocese led the mass.