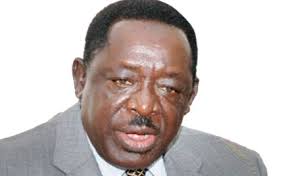 The former Minister of Lands, Housing and Urban Development has challenged the political will of the government over the delayed completion of Akii Bua Stadium at Erute outside Lira town.

Daniel Omara Atubo who was by then the Minister of Lands when the decision to construct the new Akii-Bua stadium was made said, it’s unfortunate that the project has over delayed. He said, when Minister, he played his role which include: updating President Museveni with the successful meetings he held with the Chinese ambassadors, the Minister for Sports Charles Bakabulinda and Lira district leadership which eventually culminated to a directive by the President that a discussion on the matter with the Chinese Government be caused.

In a press release statement he issued from his law chambers at Olang House on Maruzi Road in Lira Town on Tuesday 30th October, Omara also the former legislator representing Otuke County said, “while discussing the long awaited construction of Akii-Bua Olympic Stadium, it is important to bear the following points in mind, which are; The political will by the Central Government, The lobbying capacity of Lango Leadership, The sufficiency of Uganda resource to build the stadium, The availability of local expertise to build the stadium and The use of Chinese expertise and resources to build the stadium”.