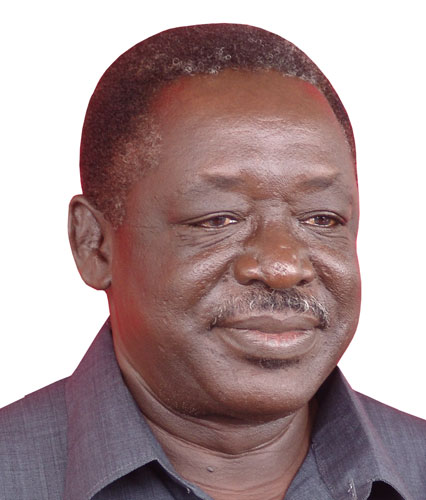 The former Minister of Lands, Housing and Urban Development has warned churches to be careful of opportunistic politicians who want to use churches and schools for their own selfish political interest. Daniel Omara Atubo’s warning comes amid the prevailing conflict over ownership of some church foundation schools in Lango Sub region.

In a letter he addressed to the Bishop of Lira Diocese Rt. Rev. Joseph Franzelli, Rt. Rev. Alfred Acur Okodi of West Lango and Rt. Rev. Alfred Olwa of Lango Diocese, Daniel Omara Atubo also an advocate and clan leader, recalls how the ownership dispute over church foundation schools have been complicated by politics and past British Colonialism saying, “before the British Colonized us and imposed their administration based on religious division, Lango was a united tribe based on clan system”.

Omara Atubo said he strongly believes that the Bishops he mentioned are still able to fully resolve the conflict before rushing to government or courts of law. He adds that instead of being divided under Protestant Lango or Catholic Lango, Langi have much bigger problems such as rampant poverty, public immorality, domestic violence and backwardness which they have to unite against and overcome rather than fight over schools.

Meanwhile, the Ministry of Education and Sports has written to the Chief Administrative of Lira to prevail over the Education Department to consult the elders in the areas of eleven schools to help establish their rightful Foundation Bodies. The schools listed include Boke, Adekokwok, Abunga, Ongica, Lwala, Abal, Akany, Omito, Ayago, Te-Okole and Ayamo Primary Schools. In the letter, signed by Dr. C.T. Mukasa Lusambu as Permanent Secretary, the Ministry received complaints that the Foundation status of some schools has been tampered with. As if by coincidence, Daniel Omara Atubo also writes that some headmasters and district leaders have fraudulently changed the historical church Foundation Bodies by filling forms while making annual reports.