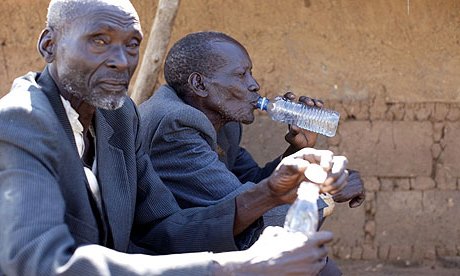 The Councilor representing people of Aduku Sub County in Apac District Local Government, Anthony Basil Okello Onac has decried the high rate of drunkenness currently being witnessed in the area.

Okello says the most shaming area is Abuku parish where many people including children as young as 14 years start drinking early in the morning and forgetting their responsibilities.

Okello has therefore called upon the Police in Aduku to launch an operation in to crack down on the unbecoming behavior among the locals.

He expressed his worry that if nothing is done to correct the situation, many incidences of crime will be recorded in the area where its on record that drunkards flood the roads especially during evening hours .

In his response to the report, the Officer in Charge of Aduku Police Outpost vowed to take immediate actions on habitual drunkards and other drug abusers in the area.