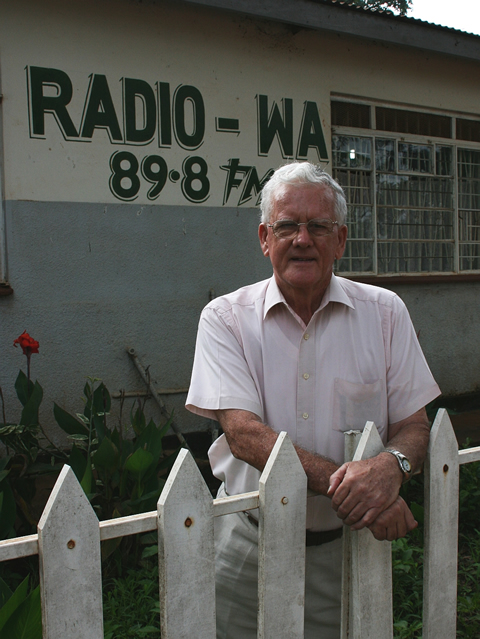 In 1998, the Ugandan Episcopal Conference decided to have a network of FM radio stations within the country and it chose Lira as its main link in the Northern region. The idea stalled for several years till Fr. John Fraser, a Comboni Missionary working in Lira diocese, took the initiative of establishing a radio station. By June 2000, he had secured the frequency 89.8 FM, granted by the Ugandan Communication Commission (UCC). It was first designed to cover Lira and Gulu Dioceses, catering for all kinds of listeners, not only the Catholic population.

Despite many challenges of various nature, Radio – Wa (“Our Radio” in Luo, the language of the Lango sub-region) eventually started its broadcasts in January 2001 as a community radio belonging to the Catholic Diocese of Lira. It was first located in Ngetta Mission, near the church, which is about 8 Km from Lira town. This location was favoured to others on the ground that it has an advantage of altitude, which is by approximately 50 meters higher than Lira town. When Radio Wa started broadcasting, it was the third radio station in Lira.

Lira is the fourth-largest town in Uganda (population 80,879, census 2002). Lira is the commercial and administrative centre of Lira District in the Lango Sub region belonging to the North of Uganda. On top of Lira, the Lango sub-region served by Radio-Wa and under Lira Diocese is made up of seven more districts (Apac, Dokolo, Oyam, Otuke, Alebtong, Kole and Amolatar) for a total of eight districts. The founder of Radio-Wa started on a later stage TV Wa and it is still at the first stages of its development.