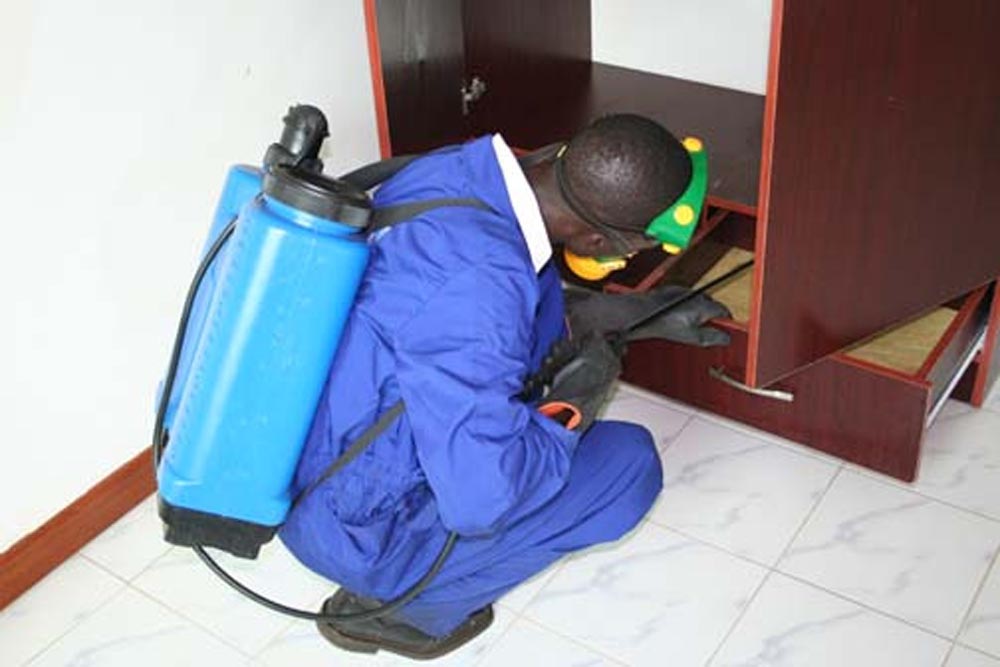 A Fumigator sprays inside a wardrobe

Lira District Vector Control Officer Rashid Mwesigye Etwop has dismissed reports that some chemicals used for Indoor Residual Spraying against Mosquitoes have found their way into the hands of private individuals.

Etwop said, it was impossible since all their fumigators involved in the spray exercise were under strict supervision and monitoring and that even in their stores, no short fall was registered.

Speaking to our reporter in an interview from his office Etwop said, the claims were only from saboteurs who wanted to politicise and de-campaign the program.

He said, the last concluded spray exercise registered over 90 percent although there were challenges of misconception by some members of the public about the chemicals.

Etwop also revealed that the rate of malaria infection has sharply reduced from 39% to 21% after the spray exercise.

According to Etwop, most houses which were not sprayed are in town since the owners kept them under locks and keys.

However most media houses were awash with information that some farmers were using the spray chemicals to spray the crops but how they obtained them, remained an unanswered question.