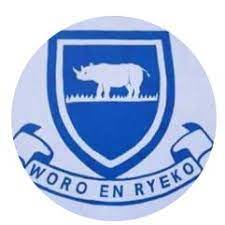 All non candidate students of Lango College School in Lira City have been sent on an abrupt holiday following a destructive strike on Saturday night.
The strike that reportedly began as a protest to the arrest of a former student,led to the students destroying classroom windows, vehicles, and motorcycles that were in the school compound. They also broke into the school canteen and store where they looted 5 bags of sugar and cooking oil. Sammy Bob Okino, the head teacher confirmed to Radio Wa that in consultation with the Board of Governors and the City Education Officer, the students have been sent home for a one week holiday.
He said the students will be allowed back but accompanied by their parents for a meeting to discuss the reason for the strike among others adding that, the parent should also find out from their children what their grievances are and why they insisted on going for an early holiday even before doing exams.
Meanwhile, Ivan Tenywa, the DPC Lira City West Division who reacted to the strike by deploying the police force said they are investigating the cause of the strike and other allegations that some of the students are consuming drugs and drinking alcohol.Samson Felix Obua the Lango College UNSA Speaker says about 20 students have been identified as ring leaders. He says these names will be forwarded to the administration for disciplinary action.