Lira City Gets Cleaned On World Water And Environment Week 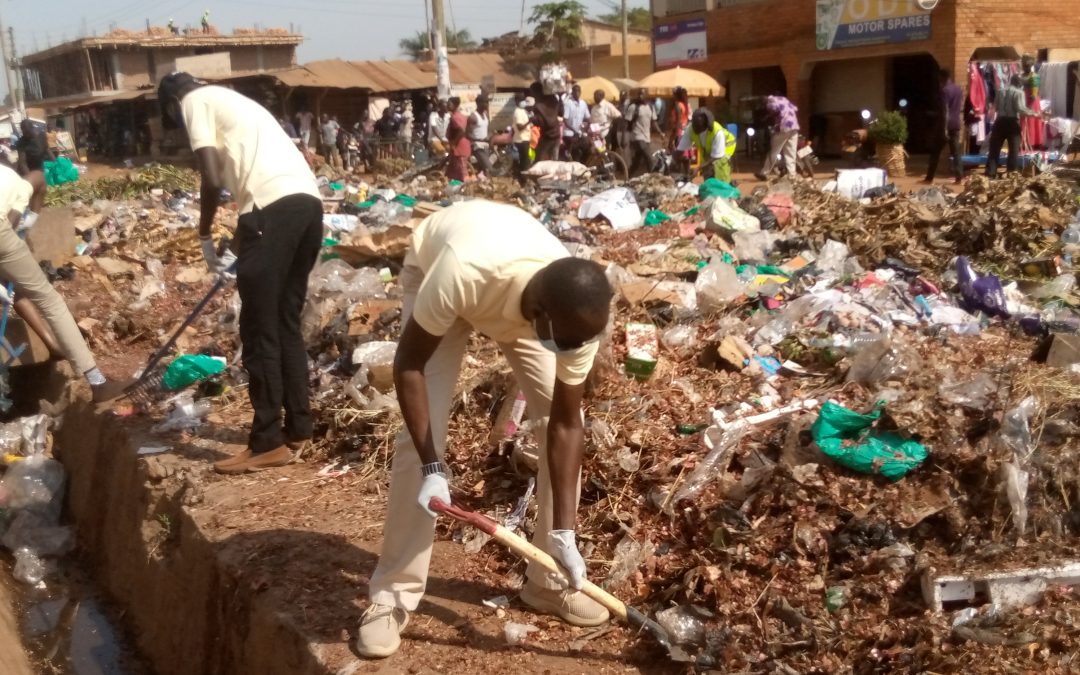 Lira City dwellers and visitors shall remember the frantic efforts the leaders made to clear the City of the enormous garbage that had piled up on the streets as Uganda joined the rest of the world to commemorate the Water and Environment Week.

The City Resident Commissioner Lawrence Egole and a team from the Upper Nile Water Management Zone, a sector of the Ministry of Water and Environment physically participated in the exercise to clean up the City of the huge garbage that have kept piling up on a daily basis.

Richard Musota, the Manager Upper Nile Water Management Zone said a sustainable garbage management must be a collective responsibility by all to avoid its adversary effect on human lives.

Meanwhile, for the market vendors, the Water and Environment Week was the time to express their dismay over the effect of the garbage on their business.  Liily Ogong who sells tomatoes says her business has highly been affected by wastes disposal near her stall as customers do avoid buying food item located next to the heap of the garbage.  Caroline Elong who sells flour, Bananas and silver fish hopes that the City authorities will not stop at observing the Water and Environment Week but to make it a routine exercise to clean the City of the garbage.