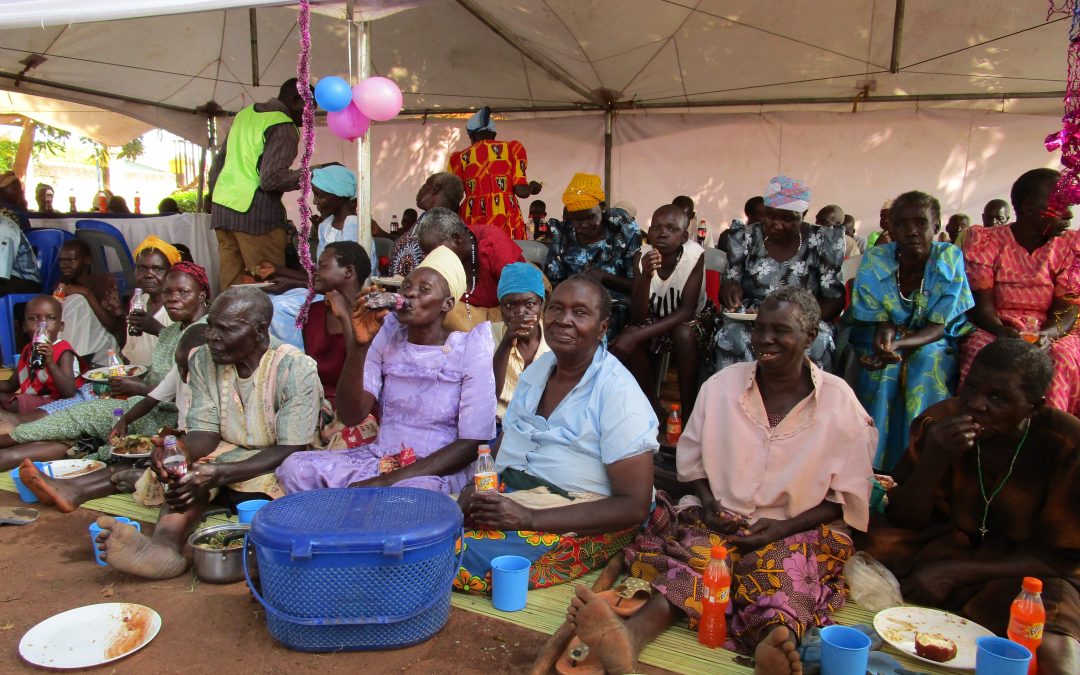 It was like a miracle to the over 1500 people; the elderly, the physically handicapped and children who would not afford a sumptuous meal akin to arouse their joy as they welcomed the birth of Jesus on Christmas, to be joined by the two Bishops in Lira Diocese, the ordinary Rt. Rev. Santo Lino Wanok and his predecessor Emeritus Joseph Franzelli to a lunch banquet organized by Sant Egidio Community of Lira Diocese. To their surprise, the two prelates took their time to serve them at the comfort of The Apostolic Social Centre, the venue for this year’s event that has seen the number at the banquet table becoming larger and large, according to the coordinator, Moses Okwir.

He said, organizations and individual families have began associating with the poor by making modest contributions that include transporting the poor from and to their homes. Okwir said, because of the growing number of the elderly responding to their invitation, the Sant Egidio Community of Lira Diocese has plans to start up a project that would generate income to sustain the yearly event.