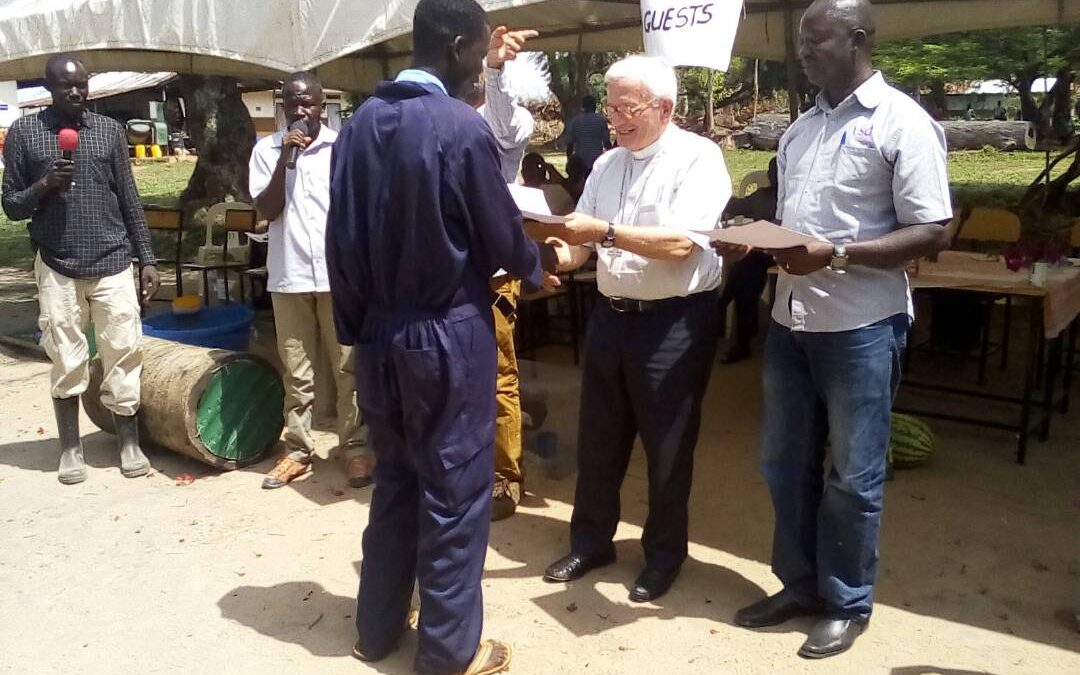 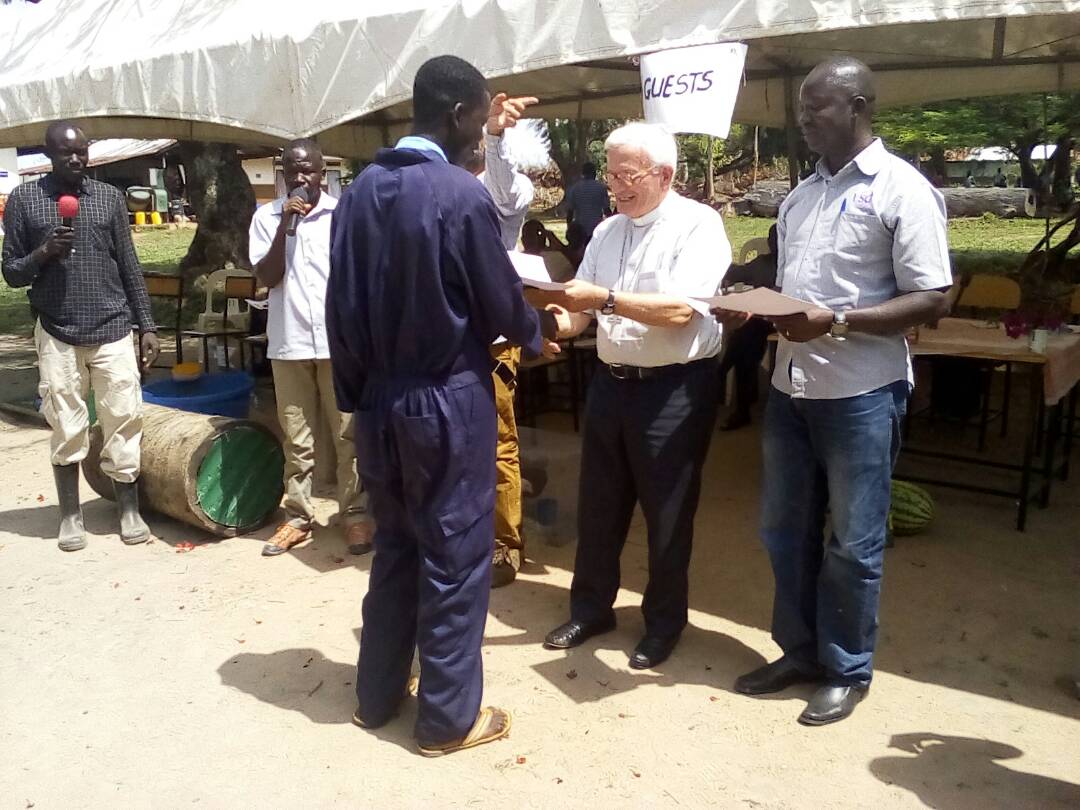 The first intake of students at the first ever Agribusiness Training Centre to be opened in Lira Diocese have graduated with certificates in Bee-keeping, Piggery, Fish-rearing and Animal Husbandry among others.

32 boys and 15 girls were awarded with the certificates after a six month training sponsored by Cooperation and Development (C & D) and Voluntary Services Overseas (VSO) at their campus located at the former leprosy centre at Atan in Alito.

The Bishop of Lira Diocese, Rt. Rev. Joseph Franzelli who presided over the graduation ceremony, urged the graduates to put into practice what they learned theoretically and practically.

He appealed to them not to leave God aside but to make Him come first in any work they undertake.

Meanwhile the representative of VSO Mr. Martin Ojara thanked the parents who offered and supported their children to receive the training which he said, will go along way in supporting them financially.

Ojara also said that the VSO is going to make a follow up on all the students while in their various vocations even though they have completed their courses.

On the other hand, the Country Director for Cooperation and Development in Uganda Jojo Lapo challenged the graduates to be money makers from the skills they learned from the school also known as C and D Alito.

Jojo also said the organization is going to make follow ups on what their students are going to do among the community where they come from.

C and D Alito started last year in October 2017 with 47 students for the six mouths training in Agriculture.

The next group will have the number of intake increased to over 150 students, according to the Country Director C and D.