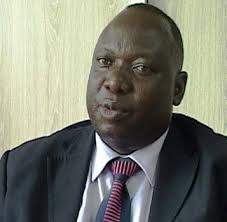 Lira High Court Judge Justice Alex Mackay Ajiji has urged suspects to be reasonable during the Plea bargain session that started on Monday.Speaking shortly before commencing the session, the judge advised the accused not to use the plea bargain to hurry to get out yet they committed a crime, noting that time spent in prison helps the complainants and relatives to cool down.

According to Ajiji, cases like aggravated robbery, aggravated defilement and aggravated murder are very serious cases which carry a maximum sentence of 35 years but can only be reduced to a lighter sentence through genuine plea bargaining.Enlightening the suspects and the people in the courtroom about plea bargaining, Justice Ajiji explained that it was introduced as a result of the backlog of cases due few judges. He said it enables the accused persons get lighter sentences once they plead guilty.

He made it clear especially to the complainants that court is not paid in exchange for a lighter sentence, emphasizing that it is natural justice that when someone admits his or her mistake, a lighter sentence should be given.

He extended his gratitude to those who opted for the plea bargain session because it saves courts time and resources. By the time of filing this story a total of 26 cases had been handled out of 74. Ten suspects were convicted and 16 remanded all on capital offenses.