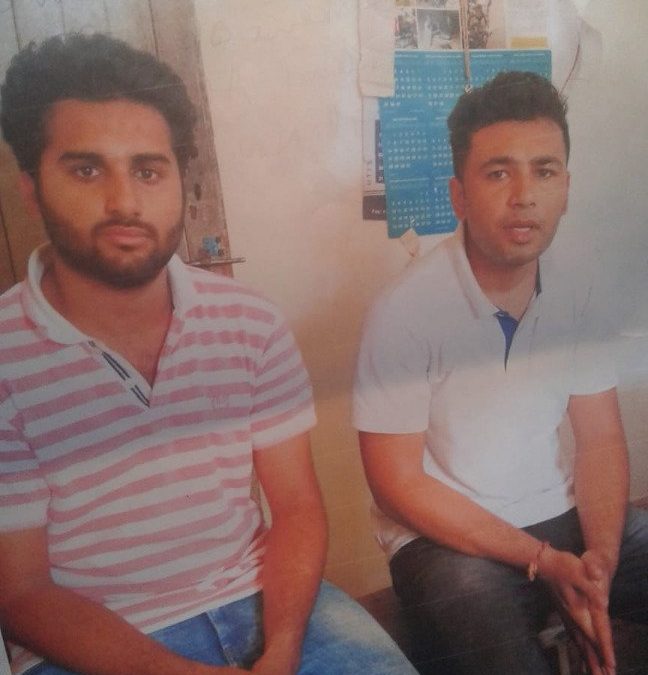 Intense mood and murmuring filed the courtroom when the Lira High Court further adjourned the bail hearing for two Asians being tried for murdering a child Kole in November. The case was on Friday 14th brought before the High court where Madmay Gaga and Vayas Fravay who allegedly murdered Dickens Okello, an 11 year old boy, applied for bail.

The applicants lawyer Robert Bautu of Arcadia Advocates assisted by Simon Oboth sought court’s indulgence on whether the application can be heard before the court sitting in Lira. “My Lord we seek indulgence in respect of the sensitivity and the parity sentiments about this case if it will be proper to hear this case before you.” he said adding that both parties are aware of the riots which occurred in Lira after the arrest of the accused persons and also in respect the matter is of public safety for them as lawyers and court officials. He also asked court to consider the fact that the accused have been on remand and previously on detention for a long time which mandates the court to provide for them an interim bail pending the bail application hearing.

In response, Ms Gloria Akello, the State Attorney obliged saying the matter is very sensitive and therefore courts indulgence must be thought. She also informed court that she was unable to work on the bail application file due to her busy schedules.

Justice Alex Mckay Ajiji acknowledged that the matter is still hot and fresh in the minds of everyone yet the rights of both parties should be addressed so if the counsel feels that the matter should be heard from somewhere else, then he has no objection. He then said the court will seek guidance from the Principle Judge who has the Administrative powers in that regard. The accused were then whisked away in a Prison truck back to Soroti Government Prison where they are remanded till 15th January 2019 when their case will brought for mention.