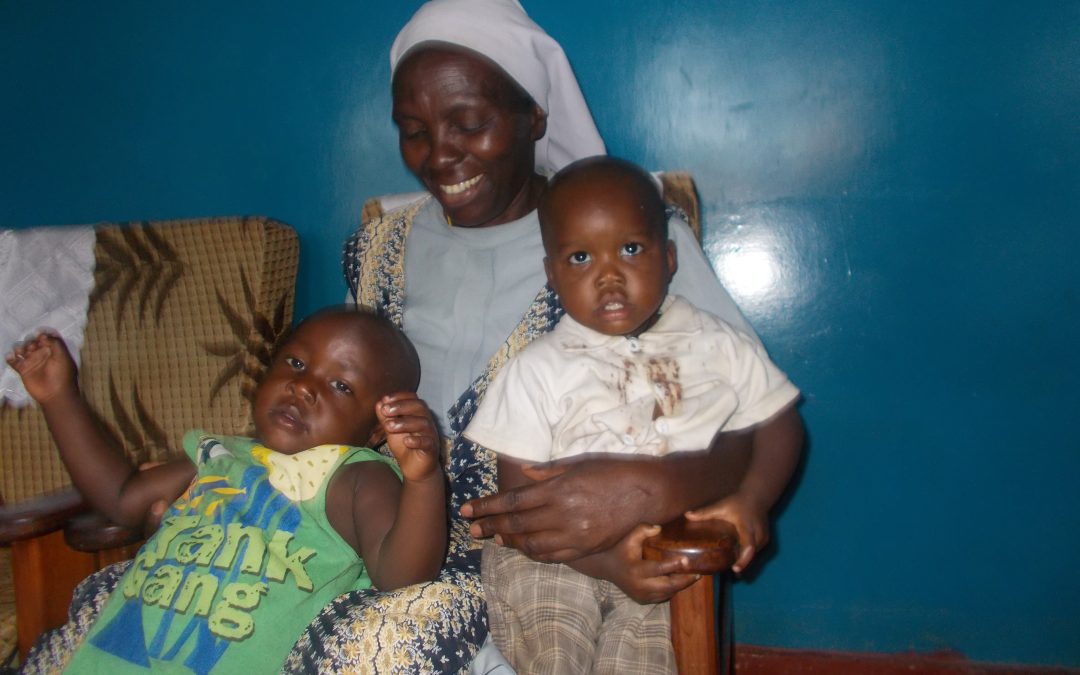 Lira Babies’ Home, the first orphanage that was founded by the Comboni Missionaries about 50 years ago at Ngetta is celebrating the Golden Jubilee of its first child to be admitted at the facility. The thanks giving mass scheduled for 14th November has been combined with the Holy Innocent feast day which normally takes place on 28th December. Its also going to be part of the bigger 50th Anniversary of Lira Diocese that was curved out of Gulu Diocese in 1968.

Sister Demmy Frances (pictured with orphans), the In-charge of the home said they shall be recognizing and praying for the founders and the many benefactors that have supported them.

According to records, the orphanage’s first baby to be admitted was baptized Ellen. She was brought to Ngetta dispensary suffering from bronchitis. Her father was almost out of his mind, as his wife had died in giving birth to this child, and he had no means of taking care of her. The result was that the Sister in charge, Sister Candida Righetti, had an idea of building a home for all babies such as this one.

It shall also be recalled how then in 1971, Fr. Balzarini presented the home with the very generous gift of 12 iron beds, and another two beds were donated by Mr. Nazarali. Its through such charities that the home which was started by the Comboni Missionaries before being handed over by the congregation of the Missionary Sisters of Mary Mother of the Church has lived and taken care of many children who are now mostly found abandoned or have lost their parents.