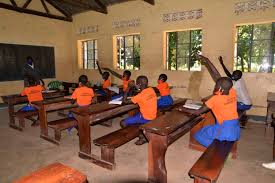 Most of the government aided Primary Schools in Lira City recorded very low turn up of reporting to classes of Primary 4 and 5 pupils on Tuesday 6th April 2021 after the partial relaxation from the Covid-19 lock-down allowing the schools to reopen.

In an impromptu visit made by a Radio Wa reporter, in some of the schools, even the teachers were found to have not reported alongside their pupils.

At Lira Army Primary School, out of 108 pupils that were expected in P5 class, only 8 reported while in P4, out of 117 pupils who left for the long break in March last year, 10 registered their presence. Ironically only 7 teachers out of 27 were present. At Railways Primary School, 7 out of 50 pupils reported in P4, 2 out of 40 reported in P5 while 3 out of the 12 teachers were present.

The Deputy Headmaster Erute Primary School Jimmy Ogwal Opio said 6 of the 14 teachers reported alongside one pupil out of 99 in P4 and 6 out of 107 in P5.

Meanwhile, at Lira Modern Primary School, out of 120 in P4,16 and 26 of the 110 pupils reported. At least 20 of the 22 teachers were confirmed by the Deputy Headmaster to have reported.