Man Commits Suicide While On Mission to Reconcile With Wife 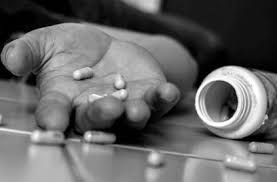 The death of a 36 year old man that happened while on a mission to reconcile with his wife in Otuke district has brought an upheaval between their family members.

According to a report from Richard Ogwang, the secretary to the LC1 Chairperson of Ocoo-pe-Lwor village in Atira parish in Ogwete Sub County, Ocen Pius who hails from Kapyelebong came to the area on 11th July to reconcile with his wife Grace Akello who had left him after a misunderstanding. But on reaching Otuke at the home of the in-laws, Ocen reportedly discovered that his wife was already with another man, prompting him to allegedly commit suicide by taking poison. He died while being rushed to a nearby health facility.

The news of Ocen’s death did not go well with his relatives from Kapyelebong who allegedly stormed the home of Akello in a reprisal attack, burning down four huts. The Chairperson of Ogwete Peter Okweda however says they were trying their best to hold talks with the two family members so to handle the case peacefully.
The outgoing North Kyoga PRO Jimmy Patrick Okema confirmed receiving reports about Ocen’s death.