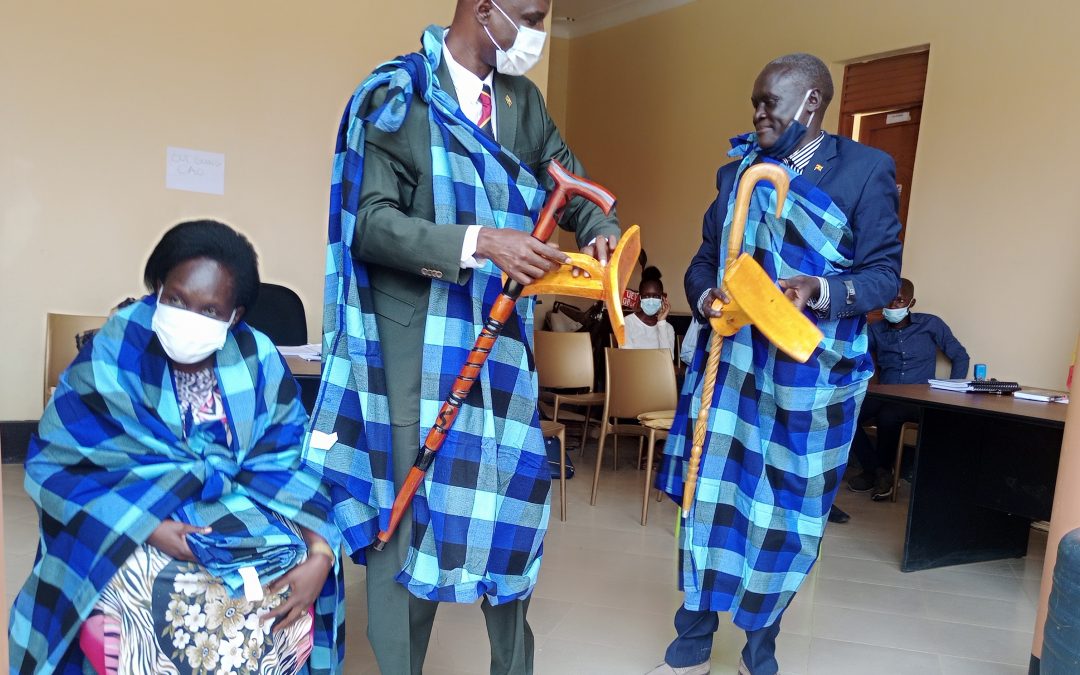 The first Chief Administrative Officer- CAO of Nabilatuk District Local Government after the district was curved out from Nakapiripirit in July 2018, is now the new CAO of Otuke District. Mr. Alfred Malinga assumed office as CAO Otuke on Wednesday 14th July 2021 after a handover by Mabiya Joshua who has been transferred to Kibuuku Distict as the CAO.

In his handover speech, Mabiya said working in Otuke was very challenging but was able to manage through the cooperation of a motivated team of staff. He said during his tenure, they managed to partially construct the administration block, created more administrative units in addition to the construction of Alango and Ogwete Sub County Headquarters.

Meanwhile, in his handover speech to the new CAO of Nabilatuk Abong Luke Jackson Abwangamoi on Monday, Malinga commended the District technical for being good team members. He boasted of the achievements he has attained in the last 3 years including building the offices for the District Headquarters, starting the district with staffing level of only 17% but expressed gratitude that the staffing level is now over 52%.