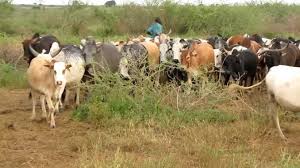 A total of 10 cattle were over the weekend stolen in Otuke District allegedly by some Karimojong herdsmen who have currently migrated to the area in search of pastures and water.

Otuke Resident District Commissioner, Robert Abak while confirming the report said cattle theft by the Karamojong herdsmen is still high in the district. He said the Uganda Peoples Defense Forces and Anti Stock Theft Unit are carrying out an operation to recover the lost animals to be given back to their different owners. He asked the people of Otuke to be more vigilant and to avoid free range system of rearing animals at the moment to avoid the cattle from being stolen.

During the dry seasons, some Karamojong cattle keepers who come to Otuke in search of water and pasture for their animals, leave the host community with complaints over loss of animals.