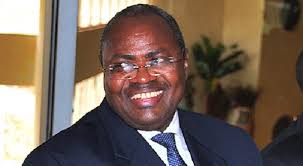 The Principle Judge Hon. Justice Dr. Yorokamu Bamwine has advised inmates to consider the plea bargain sessions that gives them the opportunity to receive lighter sentences.

Justice Bamwine was on Monday 17th December meeting the inmates at Lira Government Prison where he talked about the benefits of plea bargain and how one can plead for the lighter sentence. He said inmates who committed crime by mistake should grab the chance so that they negotiate for lighter sentences saying, this will also benefit the courts which is currently overwhelmed with backlog of cases. He however cautioned those who hope to maintain their innocence in court not to enter plea bargain saying they will be punished twice.

Meanwhile, Khaukha Andrew from the office of the principle Judge while explaining the procedure for one to join the plea bargain session, cautioned that in case of failed bargains, it should not be mentioned anywhere during the full trail.