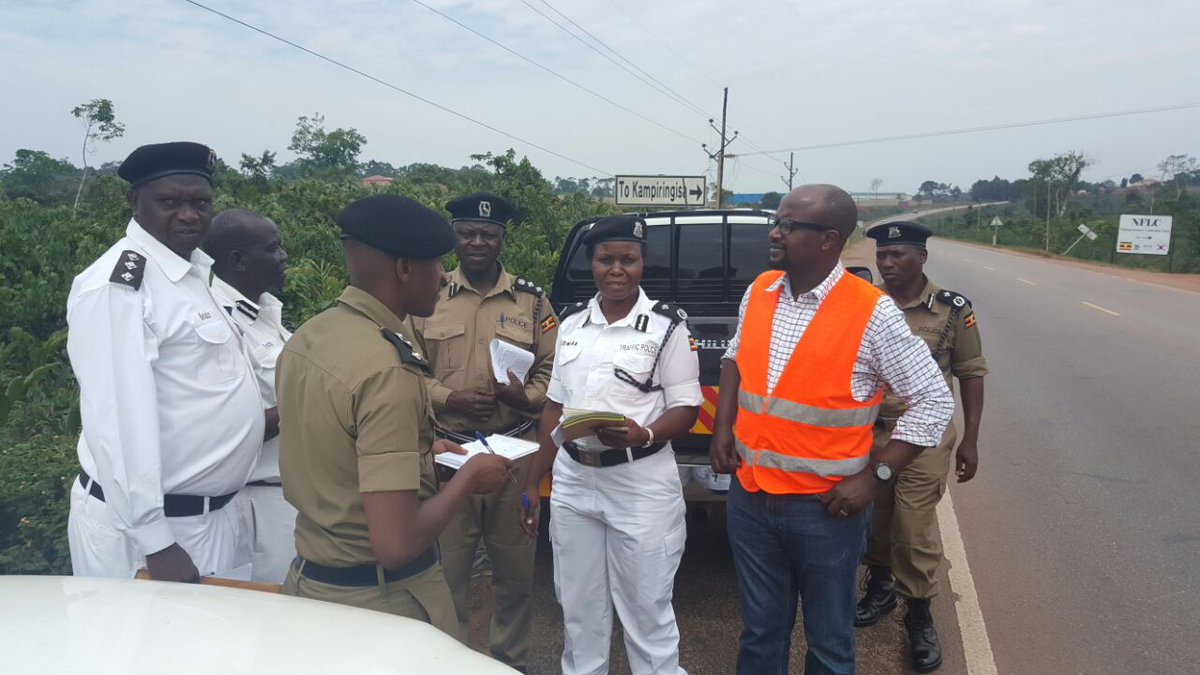 Police Officers Planning an Operation By The Roadside

Uganda Police Force has launched the operation to enforce safety on the roads dubbed “Fika Salama” for Lango Sub region in Dokolo.

The event that shall witness instituting of roadblocks manned by traffic police officers, has attracted the offices of the Resident District Commissioners, District Internal Security Officers, District Traffic Officers and District Police Commanders among others from the eight districts of Lango

The North Kyoga Region Police Spokesperson David Ongom Mudong who said the event is being coordinated by the Regional Police Commanders John Ematu, is no new development because it has been on Kampala -Masaka road for a while now.

Mudong says there will be a tight police check points on Dokolo-Lira highway to check on valid driving permits, drunk driving, over speeding, improper road usage and driving vehicles in bad mechanical conditions among other traffic offenses.

The Resident District Commissioner for Lira, Robert Abak Owino warned road users to be careful about using vehicles in dangerous mechanical conditions especially now that school children are about to begin returning for term three.