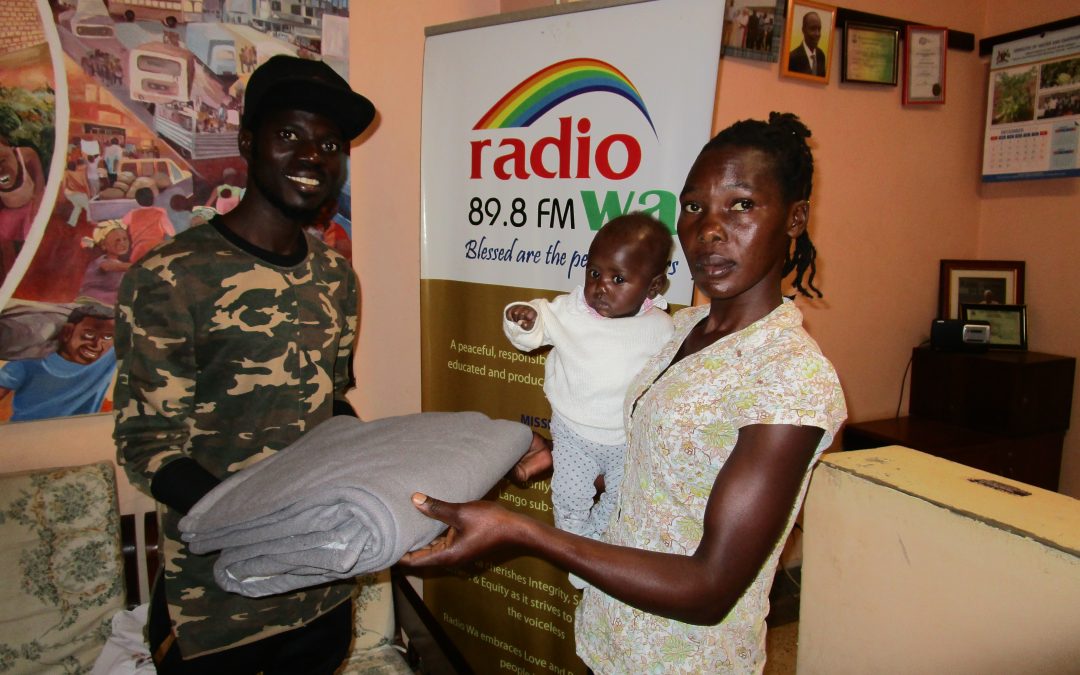 A four month old orphaned Apio Gillian currently looks comfortable in the arms of her adopted mother and the elder sister of her late mother, 22 year old Fimella Akullo of Kirombe, Adyel Division in Lira Municipality. She is unaware of how Fimella had to abandon her business as a second hand cloth retailer to take good care of her but with hardly any money to buy milk and other necessities.

While at Radio Wa to receive the prize, Fimella said the mother, Oliver Akoli passed away a few days after delivering twins from one of the clinics in town. One of the twins that would have been named “Acen” passed on immediately after birth. Fimella who is still a single lady narrated how before her sister died she told her; “This is now your child, take good care of her”, and before she replied, she realized she was no more alive. She appeals to well wishers to come to her aid.