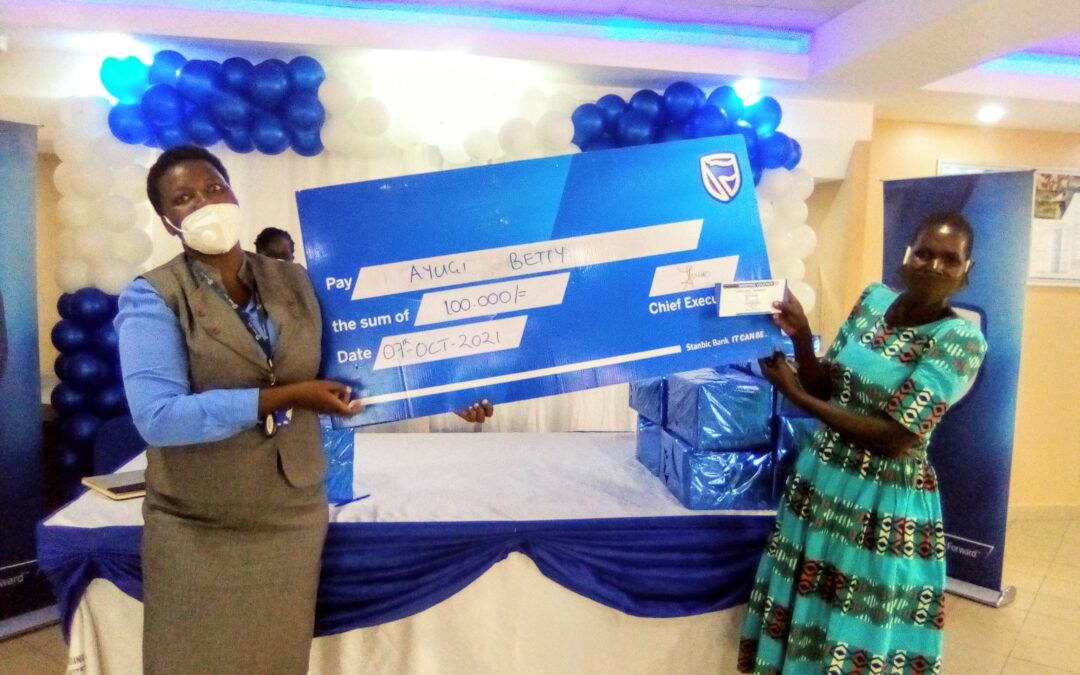 More than 20 people from northern region shall remember Stanbic Bank Limited for giving them the opportunity to celebrate the 59th Uganda’s Independence anniversary with much excitement.

This after they all walked away with shopping vouchers each worth 100,000 shillings and gift boxes containing assorted goods during the award function held at the bank’s branch in Lira City on Thursday.

The bank’s Sales and Service Manager Northern Region Patrick Enoka explained that the campaign dubbed “The Now Now” targeted mainly those who got loans from the bank between April and June, 2021. He added that another campaign that will soon be coming is meant to support the parents who will be taking their children back to school opening early next year.

Ceaser Omara, the Headmaster of Otara Primary School in Aromo Sub county, Lira district who was one of the winners of the shopping voucher thanked Stanbic Bank for always keeping their customers at heart.

Dorcus Acan, the Branch Manager of Stanbic Bank Lira thanked all their esteemed customers for choosing Stanbic Bank. She added that the award was an Independence token to them celebrate with their families and friends. She encouraged the customers to embrace their digital platforms such as Mobile Banking, Agent Banking, Merchant Solution among others which are all aimed at bringing the bank services closer to the people.