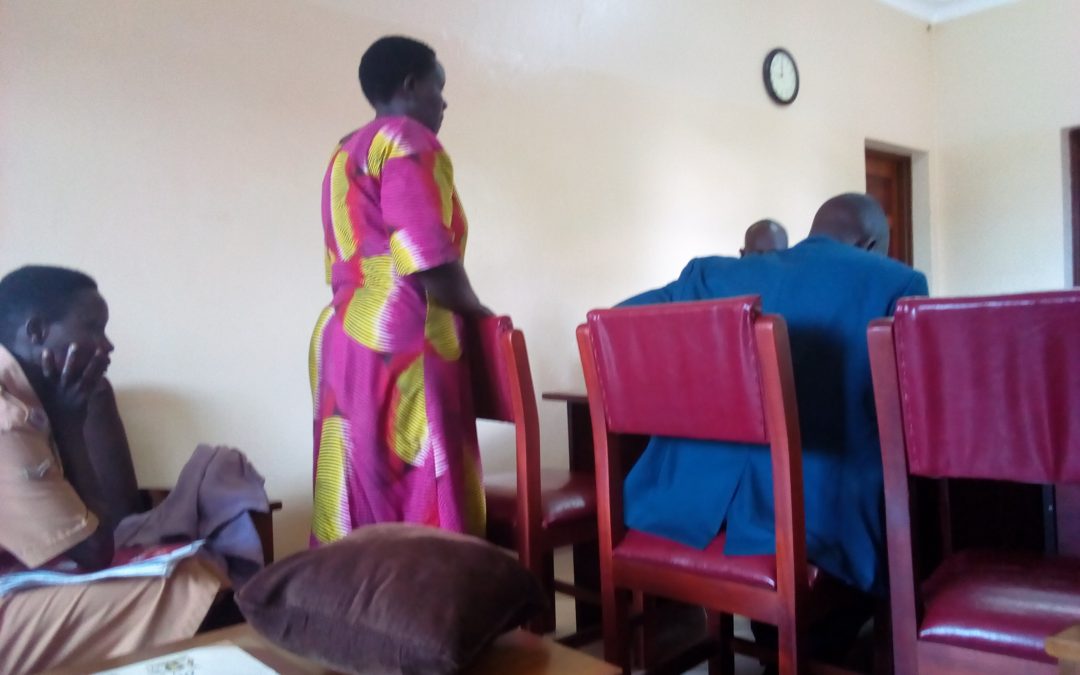 A surety turned accused for allegedly failing to produce in court her son who breached a bail bond has been detained by Lira High Court. Auma Grace,(pictured standing) a mother in her 40s from Otuke district was arrested on Wednesday afternoon arrested following numerous attempts by court officials and the police to locate her son identified as Odongo Elvis.

According to court records, Odongo who was by then in 2015 a minor, was arrested alongside four others for aggravated robbery of a white lady whom they threatened with a gun to wit a weapon. However, for being a minor he was granted bail while his colleagues in 2016 entered a plea bargain where they earned a lighter sentence which according to Justice Alex Mckay Ajiji will see them regain their freedom soon.

Before ordering for her detention, Prosecution had told court that on several occasions, efforts to trace the accused and his surety were futile by court officials and the police after they relocated from their known residence and their phone contact unavailable. In her plea, Auma said had gone to Kenya to help take care of her sister´s children who was sick and only returned to the news of police looking for her and her son. She asked court to give her time to look for her son to which the Judge objected. “Having failed to execute your duties as surety before, you are therefore detained till the accused is re-arrested or presents himself in court” Ajiji ruled. Auma was then remanded till 14th November when the case will be brought for mention unless the accused resurfaces in court.