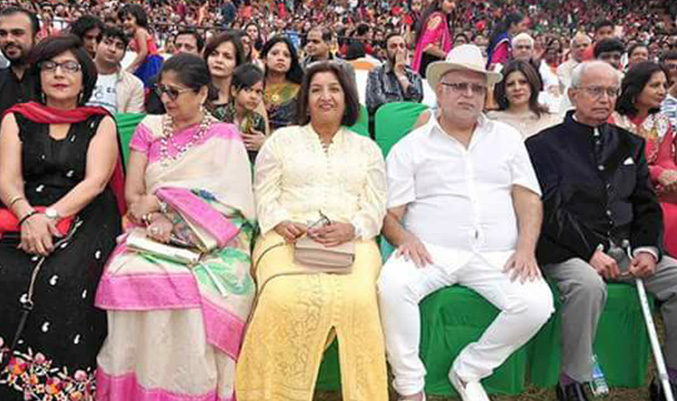 The Indian community in Uganda has donated 5 million shillings to the family of the late Dickens Okello to support the burial.The money was on Friday handed over to the prime minister of Lango cultural foundation who also doubles as the clan head of Okii-Amat and the grand father of the deceased at a close door meeting held at the office of the Resident District Commissioner Lira .

The Indian community was represented by the Second Secretary High Commissioner of Indians in Kampala Mr. Ponkajkundsinghal who also sent his condolence to the family of the late Dicken Okello who was alleged murdered by two suspected Indians who are still in custody at Kole Central Police Station.

He assured the people of Lango that the suspected Indians will face the law if they are proved guilty and urged Lango community not to generalize all the Indians in the incident that happened advocating for peace and harmony.

When contacted by Radio Wa reporter to confirm if he has received the money,Dr Nam said that the Indians have announced the amount but not yet handed to him.Meanwhile The Lira Resident District Commissioner Milton Odongo urged the people of Lango to be calm and desist from criminal acts as they mourn for Okello Dicken