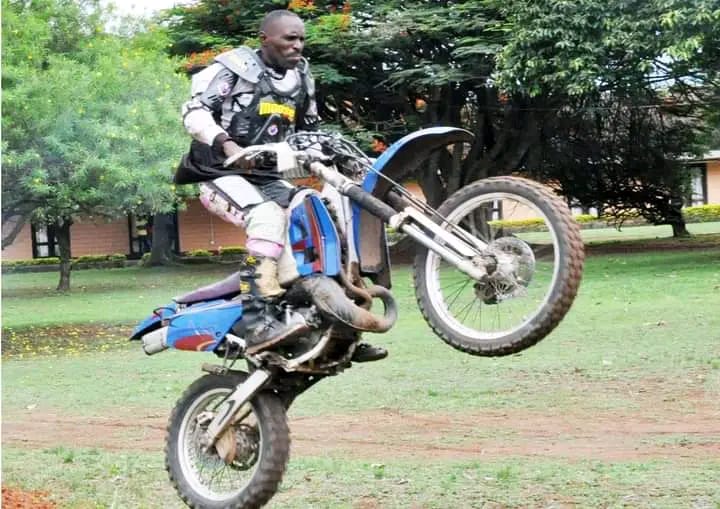 Wilkinson Okae commonly known as Okae Will, a renowned motorcycle racer and golfer in Lango has died in an accident today during a motorcross at Akii Bua Memorial Stadium.

Okae, the organiser of the motocross was on trial, when the chain of his motorcycle broke and was thrown about 10 metres from the race track crashing his head on the perimeter wall fence.

Several spectators rushed to help him as he bled profusely from the mouth, eyes and nose.

It was a moment of sheer terror as the crowd shrieked.

He was rushed to the emergency unit at Lira Regional Referral Hospital where he was pronounced dead at arrival and his body was taken to the mortuary.

The motor cross that had attracted about 10 racers from Kampala including the deceased younger son was immediately suspended.

Joseph Kyeyune one of the racers also Team Manager of Kyeyune Team Motorcross says they could not continue with the game anymore because the deceased was their host.