Covid-19 Lock Down: Kwania Hit With Theft Of Domestic Animals 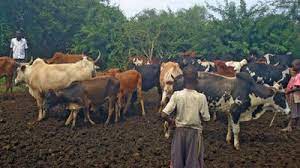 The Speaker of Atongtidi Sub-county Council in Kwania district has voiced concerns about the increasing cases of theft of domestic animals in the area.

James Adupa, has in particular blamed the cases of theft on people whom he says are coming from places outside the Sub-county. He says the suspects are reportedly using large boxes which the community think are for carrying bread to ferry away the stolen animals. He says the number of complaints of missing domestic animals by the community involve cows and goats that have gone high during the second lock-down to curb Covid-19 in the country .