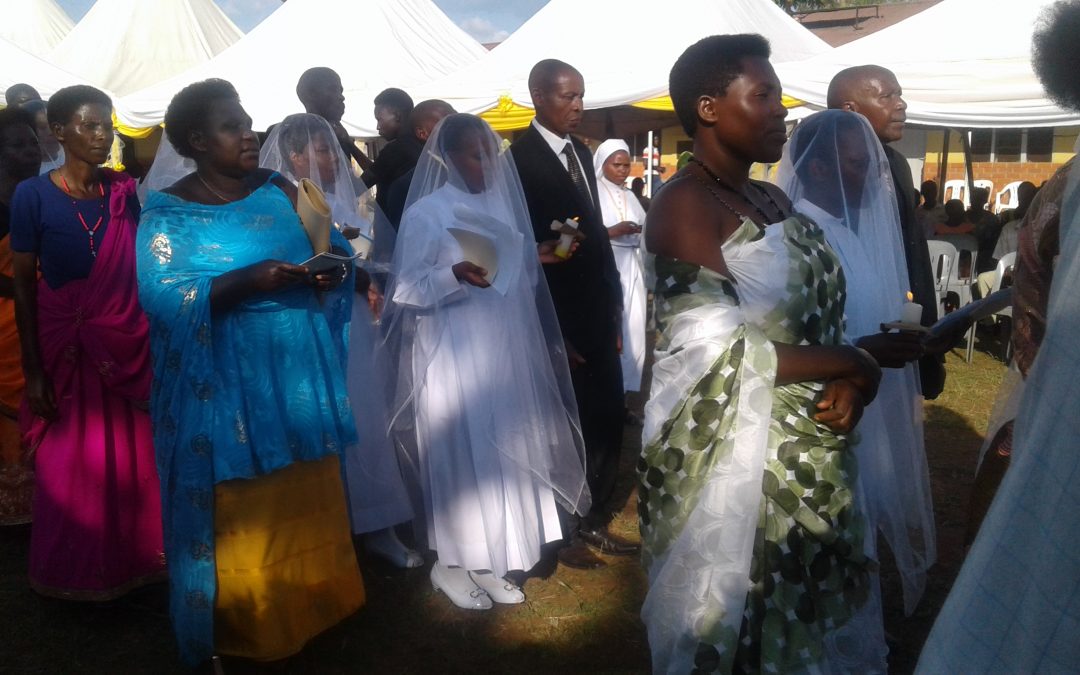 The 14 dressed in white and covered like brides looked beautiful as they were ushered to the altar by their parents to take their Vows.In an event presided over by Bishop Joseph Franzelli the apostolic administrator of Lira Diocese,he informed them that nothing will be as before describing them as missionaries of Jesus and witnesses of God’s Presence in the community they will serve.

Bishop Franzelli urged them to be obedient and detach themselves from material things.The newly consecrated sisters were reminded that sisterhood is a vocation and a mission to give flesh in the life they will have in their families. They were urged to start a new beginning and fill their hearts with Grace upon Grace.

To pledge their commitment,they took vows to abide by the regulations