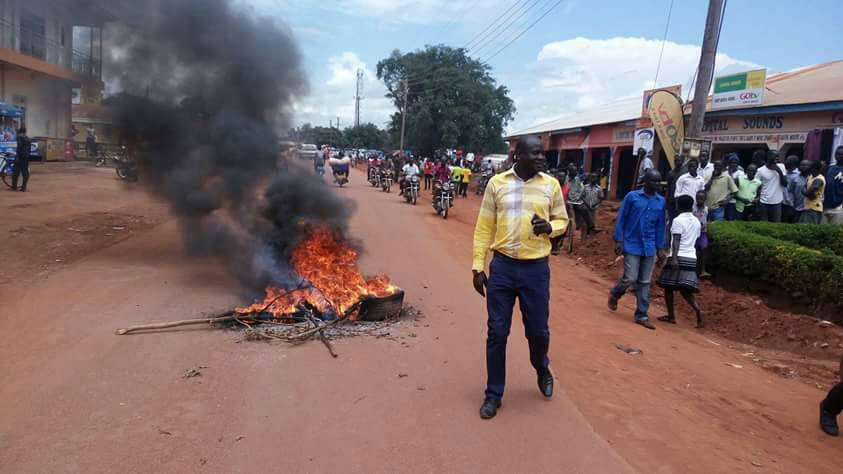 The District Internal Security Officer – DISO of Lira has decried how some investors and tourist operators fear to operate in Lira for fear of the criminal acts of street children.

Godfrey Mugisha while referring to an incidence when the street children were caught on video setting up roadblocks on Obote avenue and throwing stones at vehicles including one belonging to a Television station in a scuffle that ensure when NUP Presidential candidate Robert Kyagulanyi was in Lira, said many prominent investors may not venture to do business in Lira city.

He was on 30th November 2020 outlining some of the dangers posed by the street children during a stakeholders consultative meeting organised by Children for Peace Uganda in conjunction with Save the Children Uganda at Lira District Chambers.

The meeting that was meant to update state and non-state child focused stakeholders on the status of Street Children Management Information System (SCMIS), discussed some of the recommentions to address the situation of street children in Lira and Uganda at large with the subsequent aim to facilitate rescue, rehabilitation and reintegration of the children.

Mugisha called for a deeper finding on why the children leave their homes and do not want to go back but instead prefer to grow in the “wild where they also become wild as they grow up”. He said government has put in place enabling enviroment for the children to survive right from the womb of their mothers who are also provided with free ante-natal care and vaccination when they are born. He added that government has also catered for the education of the children through UPE and vocational training for those who can not continue with higher education.

Mugisha who as the DISO is also the secretary to the District Security Committee applauded the resolve the meeting made on a robust approach to include the civil society and the security to address the isssue of the street children.