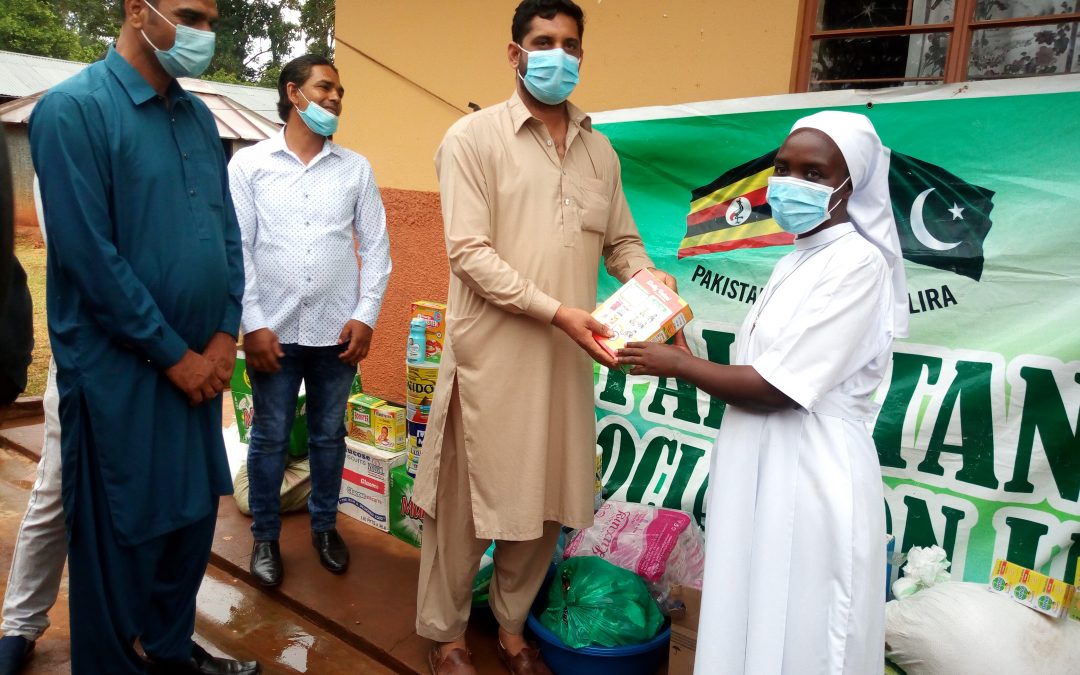 (By Semmy Arao) [PHOTO: Hand Over of Gifts to the in charge of The Holy innocent Babies Home in Ngetta]

People with Disabilities – PWDs in Lira City East and the orphans at The Holy Innocent Babies Home at Ngetta shall live to remember the first day of the year 2021 after they were surprised with gifts from the Pakistani Association in Lira.

In the events conducted at Lira Central Division Headquarters for the PWDs, the association distributed food items that included rice, sugar, posho and beans worth Ugs 3 million.

Atiq Muhammad, the president of the association said the donation is their yearly humanitarian tradition intended to help people living under difficult conditions.

Ajok Rehma, a benefactor with vision impairment said the association has so far helped her twice by providing food items.

Meanwhile at Ngetta, Sister Evas Musementta who received the Pakistani team on behalf of the caretaker of the orphanage acknowledged the gifts that included milk, sugar, bread, food items, sweets and toys worth over Ugs. 3 million.

She said the home currently takes care of 35 babies.